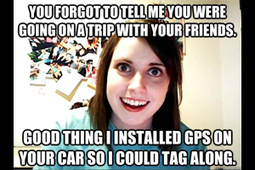 ‘Memes’ is actually a concept from cultural evolution, used by Richard Dawkins (who came up with the term), Daniel Dennett, and Susan Blackmore (amongst others). As I understand it, basic for memes is that they are non-intentional, the result of natural selection. So I wonder whether a blogpost giving advice to use memes as a means to get more traffic on your blog is an illustration of the concept or a refutation thereof. What do you think?