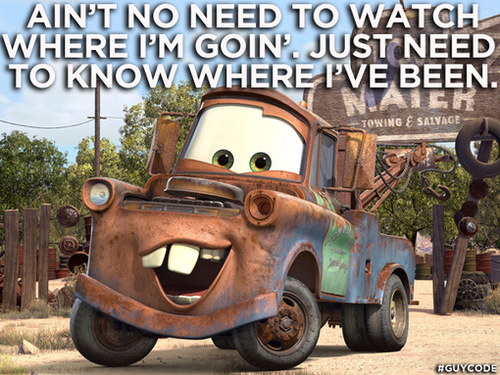 MTV.com (blog)
10 Manly Life Lessons From Disney Animated Films [Memes]
MTV.com (blog)
Nobody can tell you how to live your life. No one, that is, except for Walt Disney. That guy knew some serious sh*t.

Ok, so these might not be the most profound life lessons you have ever heard. But they do show how the values culture makers have influence their work, to the point of becoming an explicit part of that work and thus of popular culture, which in turn gives them the opportunity to connect with a broader audience. It seems to be a perfect example of Richard Dawkins’ description of how memes work! There is only one element that I think does not quite fit into memetics theory: the conscious decision to express certain values.

If we stick to the case of a Disney movie, we have to take into account that each scene is thoroughly discussed. There is no way for a meme to sneak through the back door and get itself a place in the movie without a conscious decision by the team that is involved in making that movie. Memes have to go through the front door, and they have to survive criticism from human agents. Or are these human agents so infested with memes, values they acquired themselves throughout their life, that any critical sense they could have had is lost?

To me this seems hard to believe. The human mind has after all evolved to become one of the strongest, if not the strongest, thinking machines on Earth we know. It is created by culture as much as it creates culture. I think it’s wrong to put both in opposition to each other. Unfortunately, I don’t have a Disney quote for that…
Oh, and by the way: why does a life lesson have to be manly, as the original title of the Scoopit-article said?